Okay, so I wanted to share this because it was most amusing to me and it was lovely as well. I went for a walk today, and while I was out, I took no technology, (as I like to do on nice walks..) The point was during the end of the walk, I sighted this older gentleman and greeted him with a “good afternoon.” He said good afternoon, and for a moment, as in the old days, we stopped what we were doing, because that is customary amongst people who are not in a hurry, and have good manners. It’s almost entirely lost on the youth culture these days though.

So we started talking, and he was telling me about how he had retired, and how he used to walk six dogs at a time on leash, and got into a conversation about dog obedience, role models, alpha dogs and alpha humans, and at the same time, a conversation in parallel interspersed as I had just walked by what I thought was my friend Amy’s parents house.

I asked him if he was a friend of Amy’s and he said yes! Why actually when I moved into the Lexington, (a retirement home), he said that Amy had helped him furnish his apartment. Also most interestingly, we spoke for several minutes about Amy before I asked him (not with a doubt in my mind that we were talking about the same one,) “pardon me but just so I am certain we are talking about the same Amy, this is the one with blonde hair?” He said oh no, the Amy I know is Korean and has black hair.

Ha ! Okay so once we determined it was not the same Amy, we continued our conversation for a few more minutes and then he brought up foreign languages a few minutes earlier as I had tried to recall Amy’s last name, but he did tell me an interesting story about learning Persian and French in the Army, and how it had saved his ass while he was in Vietnam…

I asked him, did you walk point? He said yes, why yes I did. And on that note I said thank you for stopping to have a cha†, and if I see you again I’ve got a new friend. He said indeed you got it, and we had traded names a few times – his name is Frank. Nice gent. It was a beautiful exchange. 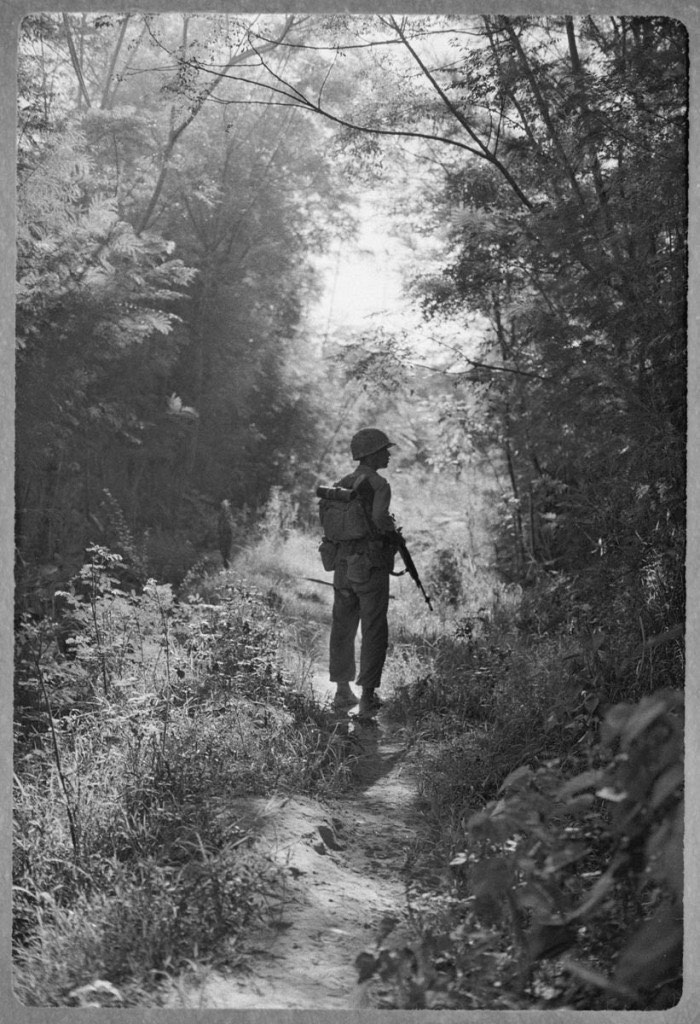 I’m wondering how I knew he walked point.. Not that it matters much, but it’s interesting that I was right about that.